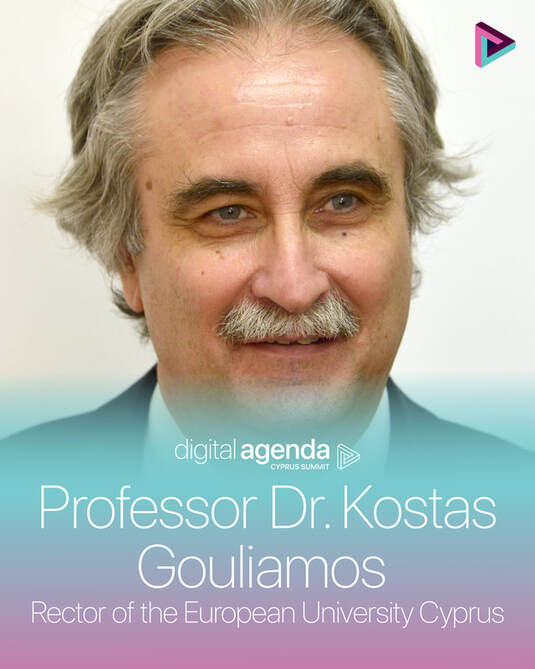 Professor Dr. Kostas Gouliamos, Rector of the European University Cyprus, elected
Ordinary Member of European Academy of Sciences and Arts (2018). He pursued an academic career in Canada and Greece. He is Honorary Professor at Lanzhou City University, Nanyang Normal University and Wuhan Business University in China. He was Member of the Scientific Advisory Board (SAB) of the European Social Survey (ESS): an innovative research project that won Europe’s top science award, the Descartes Prize. He served as Senior Editor and serves as member of Editorial Boards of eminent academic journals. His published work has been translated in various languages of the world. He appointed (2017-2019) by European University Association (EUA), Council Member of Experts for ‘Research and Innovation Strategies for Smart Specialization’ RIS3’. 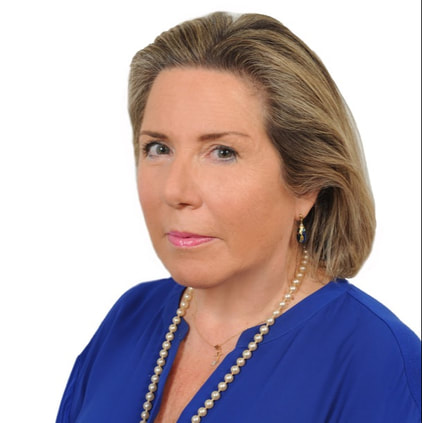 Dean Elizabeth O. Johnson is a Professor of Anatomy at the School of Medicine, European University Cyprus, and she currently serves on the Federative International Programme for Anatomical Education (FIPAE) of the International Federation of Associations of Anatomists (IFAA). Dean Johnson was trained in Functional Neuroanatomy and Psychoneuroendocrinology at Cornell and the University of Maryland, and did her post-doctoral training in Molecular Neuroendocrinology & Chemical Neuroanatomy at the National Institutes Health. Her research focuses on neurosciences, particularly on stress and stress-related disorders. Johnson’s scientific record lists over 150 invited lectures, 300 contributions to the international scientific literature where here published original work as amassed over 10,000 citations. She is on the Editorial Board of core journals, anatomical textbooks and atlases, such as Grey’s Anatomy for Students, and has written her own textbook on Neuroanatomy 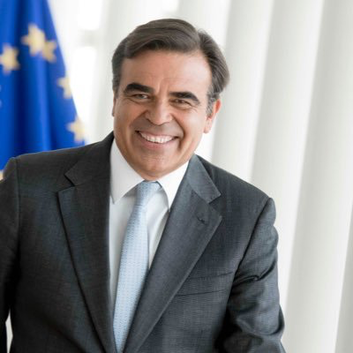 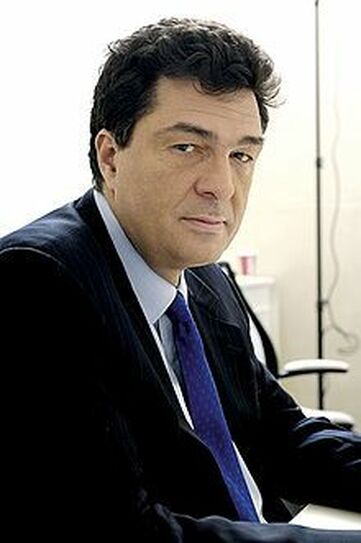 In 2014 he was presented with the John Dewey Award for Distinguished Public Service from Bard College, awarded annually to alumni of the college for extraordinary contributions to the public interest. The magazine Politico included Papachelas as one of 27 most influential Europeans in the European Union. Papachelas has won a number of journalism awards, including journalist of the year, for his personal work and reports on his television programs. He has contributed columns for the New York Times and the Guardian and has been a guest at meetings of the Bilderberg Club. He is general secretary of the Greek Foundation for European and Foreign Policy (ELIAMEP). 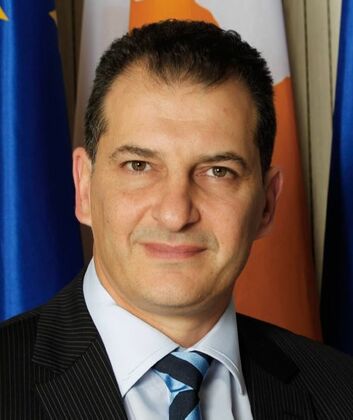 Before assuming office as Minister of Energy, Commerce, Industry and Tourism in March 2013, Yiorgos Lakkotrypis was Managing Director for Microsoft Cyprus and Malta, and subsequently Public Sector Director at Microsoft Central & Eastern Europe. A Fulbright scholar, Lakkotrypis also holds a Mathematics and Computer Science (BSc) degree from the University of Keele and completed his MBA at the University of Colorado. 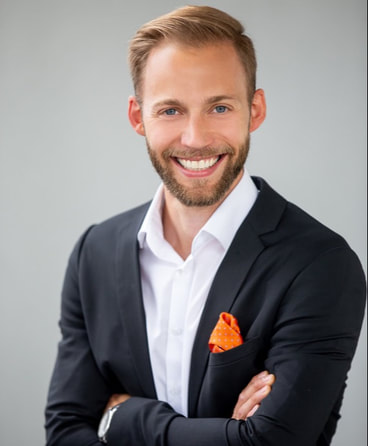 Sebastian WALDBAUER (1989, born in Austria) holds a BA in Export-oriented Management from University of Applied Sciences Krems (Austria) and a MSc in Advanced Management Practice from the University of Bath (United Kingdom). Mr. Waldbauer has worked for PwC in the area of Strategy & Operations consulting with focus on projects in the area of sustainability as well as project management. Additionally, he gained valuable experiences in the diplomatic area working for the Ministry for European and International Affairs of Austria, (based in Geneva, Switzerland), focusing on human rights, public health and humanitarian affairs. Since 2014 Mr. Waldbauer is working for BMW Group Central and Southeastern Europe with his current position as Senior Product Manager for Digital Services & E-Mobility products. 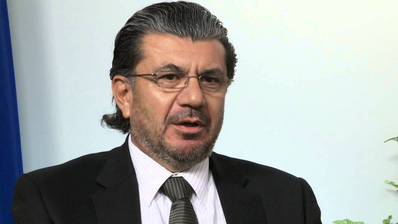 Stelios D. Himonas was born in Athens, Greece, on May 2, 1962. He received the BE, MS and PhD degrees from the State University of New York at Stony Brook, USA in 1985, 1986 and 1989, respectively, all in electrical engineering. From 1989 until 1997 he was an Associate Professor at the Department of Electrical Engineering at the New York Institute of Technology, USA. From 1994 until 1997, he collaborated with the Multimedia Communications Research Group of Bellcore’s Applied Research Division in Morristown, New Jersey, USA. Since 2012 he was appointed as Digital Champion of Cyprus. Digital Champions are ambassadors for the Digital Single Market, appointed by their Members States to help every European become digital. 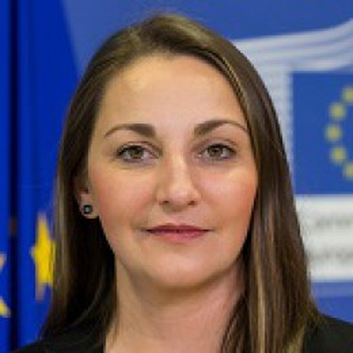 Jivka Petkova is currently the European Commission Multimedia chief-editor and Head of Unit in the Spokesperson's service. She contributes to the Commission's communication strategy and coordinates preparation of corporate communication material, she is responsible for the speeches of President Juncker and ensures liaison on media-related issues with the Commission Representations in the EU Member States. As Political Adviser to the Managing Director in the European External Action Service and as Adviser t the Director on Human Rights and Democracy she followed different human rights, global and multilateral issues.
After graduating Imperial College, George and Panos, along with Conno Christou and Giorgos Eracleous, founded Avocarrot. Based in San Francisco and Athens, Avocarrot (now Glispa - Connect) is a high-growth native advertising supply-side platform (SSP), which combines programmatic advertising and real-time bidding technologies so that it can generate the right ads at the right time for the right users in order to maximize the effectiveness of a mobile ad. In 2016 Avocarrot was acquired by the ad tech giant Glispa for more that €20m. Both George and Panos are considered among those world class engineers that are leading the innovations in programmatic advertising. 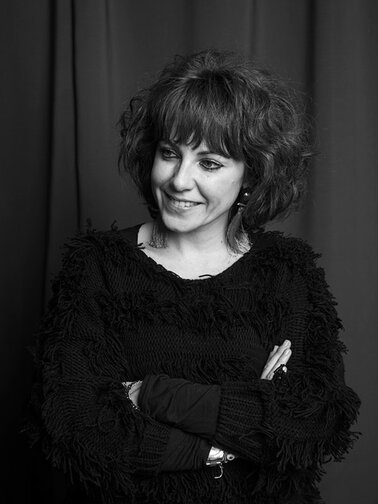 Tania has a long-standing experience as an innovative thinker with highly strategic mindset and broad-based experience in marketing, communication and business development. She started her career in the Public Relations Sector and quickly moved to one of the biggest global communications groups (Lowe and Partners) handling key accounts in the FMCG, Banking and Tobacco Industry. After almost nine years she followed a marketing career path in expertise pioneering the Greek market followed by dedicated General Manager positions on leading Digital Communication Agencies (XPLAIN, BAKERS DIGITAL).